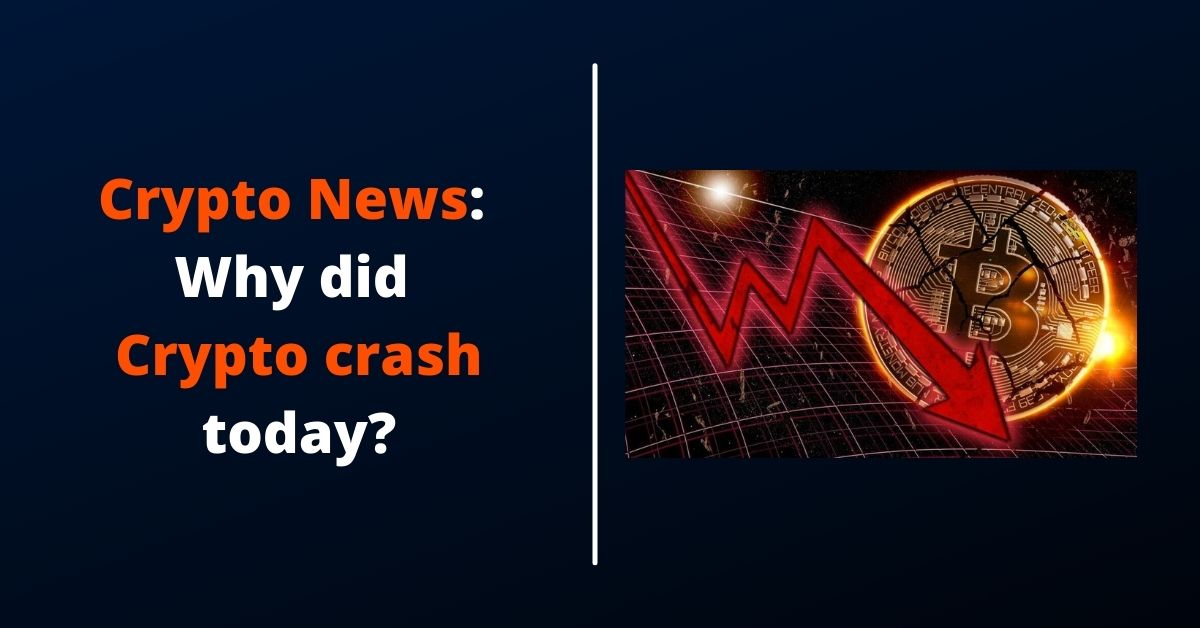 Following Russia’s central bank’s proposal to ban cryptocurrencies, the price of Bitcoin fell below the $40,000 mark this week.

Global market uncertainty over cryptocurrency risks has hampered the return of cryptocurrencies to higher price levels in 2022, with Bitcoin falling more than 8 percent on Friday, January 21.

When it comes to cryptocurrency, Russia’s central bank is considering outlawing it along with cryptocurrency exchanges. Meanwhile, the UK announced on Tuesday that it intends to pass legislation in order to combat the rise in deceptive crypto asset advertisements.

According to the recent decline in cryptocurrency prices, the crash that began in early January may be set to continue as Kosovo clamps down on mining and Kazakhstan’s crypto mining empire suffers due to political unrest.

The current prices of Bitcoin, Ethereum, Solana Cardano XRP Shiba Inu coin, and Dogecoin, as well as what caused the most recent cryptocurrency market crash, are all explained in this article. What is the current price for Bitcoin?

At around $40,000 in the early morning hours of Friday morning, the world’s largest cryptocurrency had lost almost $3,000 of the gains it had made since early January this week.

CoinMarketCap data, on the other hand, shows that Bitcoin’s 24-hour trading volume has increased on Friday evening.

A gain of nearly $15,000 in Bitcoin in the last few days has been wiped out after it came the closest to a new historic threshold of $70,000 in November.

Early in January, Bitcoin prices fell as the US Federal Reserve appeared ready to veer off course with interest rate hikes and a possible reduction in securities to shrink its balance sheet, following a sharp sell-off on the Nasdaq index on January 5th.

Due to the complete failure of Kazakhstan’s internet, cryptocurrency mining operations in the country, which have mushroomed since China banned the practice, took a major hit as well.

According to Russia’s central bank’s Thursday consultation paper, “Crypto-based investments pose risks to Russian retail investors and financial stability, as well as the risks associated with their misuse,” the price of Bitcoin fell below $40,000 on Friday, January 21, prompting investors to sell their Bitcoin holdings for a loss of more than half their initial investment.

According to the report’s sources, Russian citizens transact up to $5 billion worth of cryptocurrencies each year.

Cryptocurrency volatility and instability pose a serious threat not only to the financial stability of citizens but also to their personal freedom.

Even so, Russia’s central bank has also likened the country’s growing use of virtual currencies to “dollarization,” which could force the central bank to keep its key interest rate higher in order to keep inflation in check.

Cryptocurrency’s widespread use could cause Russians to withdraw their savings from the financial sector, which would then reduce its ability to fund the real sector and potential economic growth, thereby reducing the number of jobs and potential for household income growth.

A tougher stance on crypto-asset promotion and advertising was announced by the UK government earlier this week.

According to UK Chancellor Rishi Sunak, the government intends to introduce new legislation to combat deceptive crypto asset advertising across the country:

While crypto assets may present exciting new opportunities, it’s important that consumers are not sold products with misleading claims.

To ensure that consumers are protected, as well as to support crypto asset market innovation, we have implemented safeguards.”

The current state of the cryptocurrency market

Ethereum, the NFT-related cryptocurrency, was trading lower in tandem with Bitcoin.

While new alt and meme coins have stolen the limelight from Dogecoin in recent months, the meme coin’s popularity has also fluctuated.

When was the last time a cryptocurrency crashed?

Other governments and regulators around the world are considering legislation to limit the growth of cryptocurrency activity, which they believe is being used for money laundering and other criminal activities. As a result, the value of bitcoin has fluctuated.

Countries such as South Korea and the Metropolitan Police have announced that they have uncovered a massive UK cryptocurrency money-laundering operation following China’s move.

At a value of £180 million, the Met’s seizure in July was the UK’s largest-ever crypto seizure.

As a result of the global crackdown on cryptocurrency, regulators and governments have taken a hard look at the operations of cryptocurrency exchange platforms like Binance.

When Bitcoin’s highest prices were halved in June, the coin was unable to break out of the $30k price range until Elon Musk, CEO of Tesla, appeared at a major Bitcoin conference in July and gave the coin a much-needed boost. How to increase your crypto profits?

A trusted online casino Malaysia, me88, is the first in Asia to accept cryptocurrencies like Bitcoin and USDT for betting. After signing up for our me88 e-wallet, you can begin making deposits and withdrawals immediately.

We never ask for your credit card number, social security number, or any other sensitive information at me88. In a crypto casino, there are no time constraints on when you can make a deposit or withdrawal. me88 crypto casinos are safe for players because there is virtually no chance of theft or crypto hacking.

Because our jackpots and incentives are so appealing, players will benefit from using the crypto option. There are many ways that you can increase your me88 cryptocurrency balance. me88 Crypto Bonus such as Weekly Deposit Bonus up to MYR588 should not be overlooked.